writing
/
The State of Ethereum L2

The State of Ethereum L2 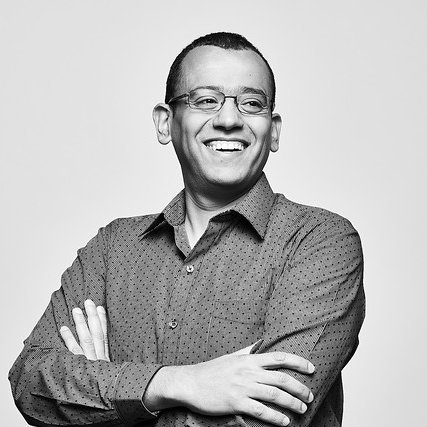 In part 1 of our L2 series, we discussed BTC off-chain scalability solutions and analyzed both Lightning Network and various bitcoin sidechains. If we look to the second largest cryptocurrency in terms of market cap, we see that Ethereum also has its fair share of off-chain scalability solutions. These solutions were largely designed in response to the network congestion Ethereum frequently experienced in 2017.

Ethereum’s programmability allows developers to design several scaling solutions that are impossible to implement on Bitcoin. In the past, that often just meant creating new smart contracts. This allowed teams to quickly secure funding, typically in the form of ERC-20 tokens, and shift their focus to building scalability protocols. Several of these protocols were launched a year or so later but saw minimal adoption. The lackluster results were a combination of dwindling interest in crypto due to the bear market, plus the inability to build traction leading up to the launch. However, in late 2019, the tides began to turn. Market reversal, increased interest, increased network utilization, and several technological developments brought layer 2 projects back on everyone's radar.

The increased utilization of the Ethereum network, along with a 10x increase in transaction costs since January 2020, encouraged several teams to formally launch the projects they’d long been working on. Recently, we’ve seen a number of projects launch over the past few months — all fiercely competing for community attention and adoption. This article charts a map of these solutions and discusses their success so far from an investment perspective.

There are several flavors of Ethereum L2 projects. We categorize them into three buckets:

This group is currently the most active and highly discussed solution for Ethereum scalability. Although the term General Scalability may not be technically accurate, it does reflect the goal of this class of solutions: to scale the number of arbitrary Ethereum transactions, including smart contract transactions. This is a harder problem than simply facilitating off-chain payments. From a technical point of view, these solutions are Commit Chains and could generally allow scaling arbitrary transactions.

Although projects in this area can be categorized several ways based on different technical metrics, we'll organize them as:

At a high level, Plasma solutions create an alternative space where arbitrary transactions can be executed. In this category, the off-chain transaction data is hidden from the Ethereum main chain which creates challenges when users want to exit the sidechain to return to Ethereum main chain. This is known as the data availability problem.

In each of the previously mentioned categories, there are several efforts that have various goals and different technical structures. A detailed comparison of these projects would require several articles, so we’ll be focusing on higher-level discussions.

Plasma scaling solutions were the first to market, following Vitalik’s Plasma paper. Plasma implementations can differ significantly for different use cases. Plasma's first production implementation was completed by Loom Network in 2018 using a Plasma variant known as Plasma Cash. Plasma cash focused on Non-Fungible Tokens (NFTs) and gaming. The project eventually left the Ethereum ecosystem, created an independent blockchain, and shifted its focus to enterprise applications. Loom is an interesting case study on the struggles that L2 projects face when they target mainstream use cases like Gaming which aren't closely tied to ETH as a financial asset.

Two other projects, Matic and OMG Network, recently joined Plasma in the Production-Stage club and successfully launched their respective mainnets. Both projects mainly focus on scaling general Ethereum transactions. Matic uses a PoS consensus mechanism for the sidechain using its own token. OMG network is directionally similar, but the network currently depends on a fixed number of validators.

Rollup scaling implementations are relatively new entrants to the market. They aim to solve the data availability problem by keeping the transaction data stored on the Ethereum’s blockchain in a bundled/compressed format. The main goal of this transaction grouping is to reduce validation costs. The grouped transactions are not validated directly by the Ethereum consensus mechanism. Instead, a different mechanism is used to prove the validity of these transactions. The two main classes of rollup solutions: Optimistic Rollups and zk Rollups, perform these validations differently. In Optimistic Rollups, Fraud Proofs are used to catch any invalid transactions and punish validators that allowed them. In zk Rollups, zero-knowledge proofs, e.g. SNARKs, are used to prove the validity of the L2 transactions. These proofs are also stored on-chain along with the transaction data.

A major project in the Optimistic Rollups (OR) domain is Optimism. Optimism is building the Optimistic Virtual Machine (OVM) which aims to scale arbitrary Ethereum transactions on L2. The team recently ran a demo to scale DeFi protocol in collaboration with Synthetix. The results from the demo were encouraging. Another effort along the lines of OR is IDEX's own scaling solution. The IDEX team ran a demo for the solution in October of last year.

zk Rollups, the other Rollup scaling option, aims for larger scalability of Ethereum L2 in terms of L2 transactions per second (TPS). However, the technology is still limited to specific use cases, e.g., payments or exchanges, and is bottlenecked by the complexity of the generation of zk proofs. In this area, there are two competing projects: Loopring and Matterlab’s zkSync. Loopring initially used zk Rollups to implement an L2 DEX and have since expanded into the L2 payments arena, with the launch of Loopring Pay. In contrast, zkSync first focused on L2 payments. The team recently launched the product.

There are other Ethereum’s scaling solutions that don’t technically fit the Plasma/Rollup classification. One example is Starkware which implements a scaling solution where the transaction data is off-chain, similar to Plasma. However, the off-chain transactions are also bundled using a form of zero-knowledge proofs which doesn’t require trusted setup called STARKs. Starkware and Vitalik call this approach Validium.

Payment scaling solutions were the first to market in 2017 and 2018. They were all heavily influenced by Bitcoin’s Lightning Network. These solutions focus on scaling payment transactions, but they do not allow arbitrary smart contract off-chain executions. Consequently, they don't support DeFi, dapps, or games. This is a critical weakness in the Ethereum ecosystem and likely explains why these types of solutions haven't managed to gain much traction. The major underlying technology common between these solutions is State Channels. Raiden Network, Connext/SpankChain, and Liquidity Network are all projects that have tried to build off-chain payment networks on top of Ethereum.

The Raiden Network is considered the closest LN-equivalent on Ethereum. Similar to LN, it implements 1-to-1 channels between different nodes on the network to create a micropayment network running on top of Ethereum. The first mainnet release of Raiden took place in May 2020. Using a Raiden explorer we can see that, at time of writing, the network has only 25 unique accounts and about 50 channels. Since the ethereum space's focus has largely shifted to more flexible scaling solutions, it is difficult to see a strong future for 1-to-1 payment channel networks such as Raiden.

Similar to Raiden, Liquidity Network aims to implement payment channels on top of Ethereum. However, instead of following the same 1-to-1 channel model used in both Raiden and LN, the project leverages a 1-to-N channel model. The network depends on payment hubs that multiple users can connect to. In that sense, Liquidity is categorically similar to a sidechain as opposed to a payment channel network. The project is led by a group of academic researchers from the Imperial College of London who take pride in presenting their academic research on the project website. The project launched on mainnet in 2018 and has largely failed to attract users - despite the recent uptick in the Ethereum network utilization and increased gas fees.

The last group of Ethereum L2 focuses on adding features to Ethereum that are not possible on the base layer. The most popular feature: privacy. This includes hiding the transaction amount and completely hiding the addresses of the transaction participants. These privacy features cannot be directly implemented on the Ethereum mainchain and need to be implemented as separate L2 solutions. Two major projects in this area are Aztec and Keep.

Aztec’s goal is to build a UTXO layer on top of Ethrereum where zk proofs can be used to improve the privacy of transactions. The project used a public large-scale multi-party computing (MPC) ceremony to complete the initial trusted setup and developed zk.money for the community to try the product. Since the L2 privacy solution runs orthogonal to scaling solutions, the Aztec team is working on combining both by merging the privacy-enhancing tech stack with a zk Rollup tech stack to create ZK² Rollup.

Similarly, Keep Network is developing an off-chain privacy layer for Ethereum. The project doesn’t focus on private transactions but rather on creating storage for private data, called Keeps, which can be accessed and used by Ethereum’s smart contracts. The Keep mainnet launched in early May 2020 to support the project’s flagship product TBTC. We discussed TBTC in the first part of this series as a viable candidate to help scale the Bitcoin network. To achieve high-security guarantees for TBTC, its transactions are supported only on-chain (on Ethereum). However, there is no fundamental limitation that prevents these transactions from being executed off-chain.

What Are The Risks of Multiple Ethereum L2's?

In Bitcoin, Lighting Network is a single L2 solution that acts as a unifying platform for many Bitcoin devs from different projects. Incremental developments from Lightning Labs, ACINQ, Blockstream, Zap, Bitrefill, and many others all pour over into the same river. In Ethereum, the situation is starkly different. Different L2 scaling solutions are largely incompatible which creates friction and competition between them. This competition could also lead to fragmentation of the ecosystem which would delay or prevent any of these L2 solutions from reaching critical mass.

On the other hand, a wider range of experiments in the Ethereum ecosystem could mean a faster path to identifying scalability solutions that actually work. A performant scaling solution could end up defeating or absorbing less-efficient ones.

There are some rumblings about reducing potential fragmentation through building off-chain bridges between different L2 chains, i.e. bridges that don’t require going back to the Ethereum main chain. This is reminiscent of Cosmos' vision with the interblock-chain (IBC) protocol. Off-chain bridges could be the adhesive that glues different L2 projects together to realize network-wide scalability for Ethereum. However, given the early state of most L2 projects, discussions around L2-bridging have been minimal.

The first wave of Ethereum L2 scaling solutions that focused on payments were largely funded by ICOs, and they largely failed to achieve PMF. Popular tokens launched in 2017 and 2018 continue to lose value with no end in sight. However, the need for scalability solutions only increases. This has encouraged recent generations of solutions, such as Rollup solutions, to offer more flexible frameworks that go beyond payments. These solutions try to avoid their predecessors' mistakes by aligning their solutions with growing sectors in the ecosystem, like DeFi. Optimism's demo with Synthetix and Loopring Exchange are two clear examples of this trend. Since many of these solutions have only recently launched on mainnet, it’s too early to evaluate or predict their future success. What's more, there is a strong sense of competition between these projects which could ultimately upend their efforts. The last thing to consider in evaluating these scalability protocols is their compatibility with the Ethereum 2.0 roadmap. Despite the fact that a fully functional Ethereum 2.0 network is probably a couple of years away, scaling solutions that are fundamentally incompatible with Ethereum 2.0 will be less attractive to developers to build upon. Though no one can reliably point to which L2 solution will be the winner(s), we hope this serves as a reliable guide to the projects working on making Ethereum a more robust network.

I would like to thank Georgios Konstantopoulos, Jing Wang, Hasu, Tony Sheng, and Anthony Sassano for their valuable feedback on this article.