writing
/
The Future of On-Chain Gaming

The Future of On-Chain Gaming 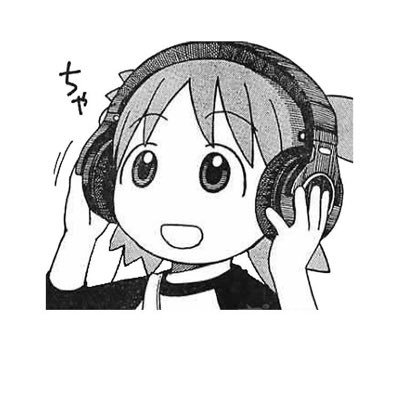 Crypto gaming is still in its nascent stages. Recent advancements in blockchain scalability and infrastructure now allow new gaming genres to be built fully on-chain, opening up paths to integrating with the crypto economy and the broader decentralized ecosystem. As crypto gaming matures as an industry, both players and developers stand to benefit from the economic models, incentive structures, and identity and coordination primitives of the decentralized economy.

On-chain gaming is an example of a paradigm shift crypto brings to traditional gaming. Game designs are driven by their constraints. With execution bound by gas costs, current iterations of on-chain gaming are typically turn-based RTS games. In 0xMonaco, an on-chain car racing game in the latest iteration of Paradigm’s Capture the Flag challenge, players race against each other’s smart contracts and can adjust their strategy in response to opponents by customizing their smart contract logic. By introducing a multiplayer aspect, 0xMonaco adds a fun and competitive PvP dynamic. A resounding success in the community, 0xMonaco provides a glimpse into the possibilities of customizability in on-chain multiplayer games.

Building games on-chain brings transparency and strong immutability guarantees, while also providing customizability. By transforming core gameplay and functionality into hyperstructures, developers can build games with composability and customizability as first class citizens and take a decentralized, community-first approach to development and growth.

In traditional gaming, modding communities provide an organic way for players to experience worlds outside of the core gameplay. User generated content (UGC) is a huge driver of revenue for games like Roblox and Minecraft, which outsource community management and development to independent creators. This unlocks an interesting new paradigm for game developers; with on-chain gaming, instead of having a game developer maintain an “official” game server, gaming studios can simply develop the underlying infrastructure (which can be as simple as smart contracts dictating core gameplay mechanisms) and outsource hosting and further development to the community. Independent creators can bring their fantasy realm alive by hosting a “private server” with customized skins, gameplay, and assets, building on top of the original game protocol. Communities can then deploy native currencies within their private server for governance and in-game purchases.

In an analogy to blockchain infrastructure, a private server can be thought of as a rollup on a layer 1 base game, with each server and community having their own token and ecosystem. Similar to the innate composability and interoperability between rollups sharing a base layer, on-chain gaming allows interoperability for player assets and identities in previously fragmented communities. As an example, consider Minecraft servers. Each server has its unique assets, players, and communities, with no way to share or communicate between individual servers. Bringing gameplay on-chain allows for cross-server communication, allowing players to transfer their assets and progress from one fantasy realm into another. The open source nature of protocols and crypto facilitate this interdependence, and tokenization allows communities to benefit from the growth of the broader game ecosystem.

Bringing gaming on-chain also provides communities with a toolbox of crypto-enabled governance primitives. Decentralized governance allows players to participate and have a voice in the development of games: users would be able to participate in gameplay balancing and adjustments, with votes and proposals enabled through governance tokens. Additionally, building on open blockchain rails allows for verifiable on-chain data and asset ownership for players. Developers wishing to adopt a community-first approach to gaming can facilitate user engagement through on-chain integrations, harnessing crypto primitives for assets, community, and governance.

On-chain gaming also opens up the possibility for incorporating community ownership as a core gameplay mechanism. An example of this could be a community-balanced game, where players can use crypto-enabled governance to make adjustments to smart contracts dictating core on-chain game mechanisms. Another interesting possibility is unlocking token-enabled governance natively in games. Gamers in multiplayer online games traditionally organize themselves into collectives - “guilds” - in order to coordinate towards in-game goals and objectives. In on-chain games, guilds can be organized through token-enabled DAO primitives, bringing a layer of transparency and digital native coordination tools to gaming collectives. Building these integrations on crypto rails is also beneficial to developers; compared to analog gaming where developers must spend engineering cycles implementing and maintaining governance logic, in crypto they can bootstrap a guild system by simply plugging in existing crypto primitives, using tokens for membership and DAO tooling solutions for governance. This unlocks further expressiveness and customizability for DAO guilds, unbound by constraints set by the game designers.

Crypto also offers gamers a robust and composable digital identity. For example, Steam has a thriving ecosystem where players customize their profiles and self-organize into communities based on shared interests or games. Bringing this system on-chain allows crypto gaming players to build reputations under a pseudonym, while at the same time being able to port over and utilize their identity and social graph in games outside of a specific developer or publisher ecosystem. This also has strong implications for reputation-based services. Since users accumulate reputation under pseudonyms in online games, or more broadly, digital communities, these on-chain metrics as well as a user’s gaming identity can be associated with identities from other contexts as a metric for authority and credibility.

Traditional crypto wallets are designed for general-purpose use, and don’t have many of the advanced features that gamers are accustomed to in analog applications. Particularly important features for gaming absent from existing wallets are enshrined discovery, identity, and community primitives. A social component is paramount to the success of multiplayer gaming; players want to be able to see what games their friends are playing, organize themselves into communities based on shared interests, and discover new games. Integrations with crypto gaming through traditional channels are unlikely: due to pushback against crypto by the traditional gaming industry, such as Valve banning all NFTs and cryptocurrencies on its platform, it seems an equivalent solution for crypto must be built natively. A team working to bridge this gap is Cartridge, the “Steam” of crypto gaming. Users on Cartridge will be able to browse and launch a selection of curated crypto games, earn rewards from quests and upgrade their avatar, and interact with friends and communities. Gaming-specific crypto wallets provide these missing discovery and social features to blockchain gamers: platforms like Cartridge serve as the infrastructure bridging the composability benefits of crypto gaming beyond the application layer.

Platforms like Steam provide composability and an ecosystem for games, but can also unilaterally impose restrictions on players, oftentimes against community consensus. Decentralized alternatives such as Cartridge allow users to benefit from the core identity, governance, and social innovations of the decentralized gaming ecosystem while preserving free market principles. Ironically, the core innovation of gaming built on decentralized rails results in the centralization of assets, identity, and community in the fragmented gaming ecosystem. Building games on-chain enables composability by default, and unlocks new gaming mechanisms and paradigms for both developers and users. Let's not forget the purpose of scaling throughput and improving blockchain infrastructure in the first place: unlocking the potential for novel apps to be built on decentralized rails. If the thesis is that onboarding of the next billion users to crypto will be through gaming, it’s essential to create crypto games with broad, mainstream appeal while also providing an exceptional user experience through well-designed incentive structures, sustainable economies, and platforms. If you're a founder working on blockchain gaming, or have any feedback on the above, we'd love to chat! Please get in touch with us at opps@volt.capital.

Special thanks to the team at Cartridge and Matt Katz from Constellation Labs for their thoughts and feedback!