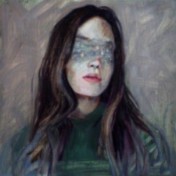 A pandemic is generally classified as a deflationary shock: during a pandemic, everyone stays home, so everyone spends less. As demand for goods goes down, prices of those goods go down, too. Since people are buying less, companies have to lay off many of their employees. Since many people are being laid off, people are spending less — and so the cycle continues.

Over the past week, whispers around disinflation/deflation made their way into mainstream media headlines. Naturally, this led to a lot of questions, the one worth writing about here: what does a deflationary shock mean for bitcoin?

Nothing, at least, for now.

Similar to gold, bitcoin is designed to be a hedge against inflationary shocks — not deflationary ones. Instead of explaining this through trading charts — which are just dressed up Rorschach tests, encouraging traders to project animals and shapes onto a chart as a patient would an inkblot — let’s look at why this intuitively makes sense.

In a deflationary climate, the value of the dollar isn’t immediately at risk. Cash typically becomes king during deflation because as general prices go down, purchasing power of the dollar goes up. The western world is more comfortable using the dollar because its value, relative to goods and services, increases. It’s clear why one of bitcoin’s propositions — a dependable store of value — suddenly isn’t as compelling.

What does jeopardize the dollar’s value, however, is our government’s response to deflation. Though we’re not here to pontificate on whether money printing is “bad” or “good,” to the extent that you can cleanly categorize monetary and fiscal decisions into two buckets, it is worth noting what effects short-term fixes can have on long-term value.

The main way we combat deflation in modern times is through pulling levers to stimulate demand — this usually looks like inflation (ex. quantitative easing).

Using the equation of money MV=PQ as a frame of reference, we kicked off unprecedented government spending post-2008 financial crisis, only to learn, trillions of dollars later, we can’t model our economy on Newtonian physics.

Sure, QE bought us time, but it didn’t prove we could print our way out of this mess, only that we could kick the can down the road. In the long term, increasing our supply of money erodes the value of the dollar; $100 in 1970 is equivalent to $15 in 2020. Today, we are experiencing downward drag on productivity, massive disruptions in supply chains around the world, $23T in debt — and that’s not counting off-balance sheet liabilities to our aging population.

As we increase the volume of money printed, the threat of massive inflation grows clearer in the periphery. To students of MMT who are inclined to believe we can print money as long as it’s targeted, and as long as USD is the reserve currency, let’s look to non-western countries and emerging markets.

The Printing Brrr Heard ‘Round the World

The problem with economics that tries to present itself as physics is that the same solution can yield different and unexpected results in different markets. The converse is also true: several different solutions can “work” for one market. This is largely because most inputs (and relationships between inputs) cannot be calculated, accounted for, or expected to remain constant.

This is all to say we’d be remiss to discuss the effects of a deflationary crisis only in the western world. For non-western countries, whose debts are not denominated in their own currency, this will likely be an inflationary crisis for two main reasons:

1. As their economies slow down, governments of developing countries print more money for several reasons, including stimulating demand and maintaining current supply chains.

2. A stronger dollar against a weakening local currency leads to more local printing, flight to greenbacks, and, in extreme cases, hyperinflation.

There are, of course, dollar swap lines propped up to mitigate these scenarios and assist with liquidity in certain areas, but, as Raoul Pal puts it, “Dollar swap lines, QE, jawboning, etc have done nothing to stop this. Nothing. The issue is here that swap lines cant help the weakest sovereign borrowers as they have no reserves. And the $13trn dollar short is held mainly by corporations, which struggle to get access to dollars…No printing of money will solve this. It is structural.”

It will be interesting to see what the weakest sovereign borrowers turn to as a store of value over time. Western countries may have the luxury to boot up the money printer in times of economic uncertainty, but it’s developing countries that ultimately foot the bill. In our view, bitcoin provides these countries with an option to exit, or at least, reset.

In closing, I’ll leave you with a question I often think about: for as long as we can remember, currency directives have come from the top-down, what if this time, it’s bottom-up?